Here at Remedy, we’re all about shaking fizzy drinks for good and guess what? We’re doin’ it!

We’re making it right and reclaiming fizzy drinks for what they’re meant to be – refreshing drinks, traditionally fermented with real ingredients in small batches.

And just like the rest of our tasty Remedy bevvies, Remedy Ginger Beer is live cultured with no sugar, for real.

Think of Remedy Ginger Beer as the perfect bevvie if you aren’t quite ready to jump on the booch train but you want to make some healthier swaps in your diet. We get it. Baby steps.

While Remedy Kombucha is made with tea, Remedy Ginger Beer is made with organic ginger juice brewed with our Remedy live culture to ferment out all of the sugar before adding our real ingredients including spices and botanicals to create a brand new take on Ginger Beer that’s better for you!

Contains no sugar, for real: The beauty of Remedy Ginger Beer is that although it’s made with organic ginger juice which naturally contains sugar, all the sugar is eaten up by the live cultures during fermentation to maximize those amazing organic acids. Remedy brews out ALL of the sugar, and we test every batch to make sure.

Tempting…but what do they taste like?
Big bang tang! This is how Ginger Beer is meant to be. Real ginger for fiery, fresh, full-on flavor and warmth.

When can I drink Remedy Ginger Beer?

You’re a newbie: Not ready to jump on the booch train? Think of Remedy Ginger Beer as your gateway to the delicious world of tasty, live-cultured bevvies. We get it, sometimes you need to take baby steps.

Sub out a traditional soda: The crisp, fresh flavors of Remedy Ginger Beer makes it a perfect swap for sugary soda.

Reach for the right stuff and swap out juice: While we use real, organic ginger juice in our Remedy Ginger Beer, all the sugar is brewed out making this bevvie a super fresh swap for traditional sugary fruit juice. 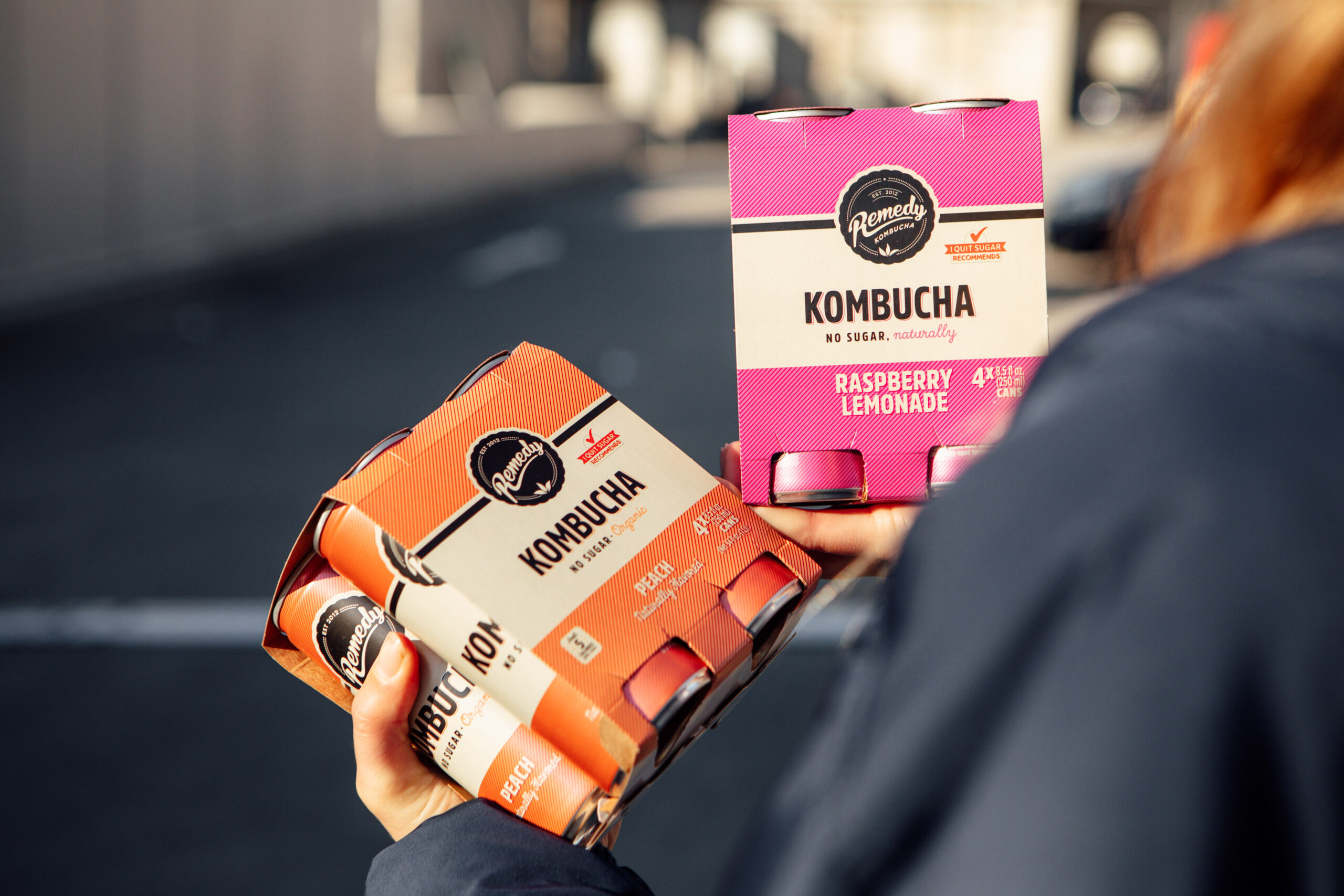